The Fukushima disaster has resulted in high cancer risks for children living nearby: The WHO estimated a 70 percent increase in the risk that girls residing within 12 miles radius of the epicenter will develop thyroid cancer. 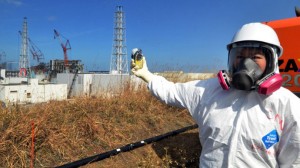 A magnitude-9 earthquake and subsequent tsunami killed nearly 19,000 people after triggering a meltdown at the Fukushima nuclear power plant in March 2011. Following the radioactive meltdown â€“ the worst since the 1986 Chernobyl power plant disaster â€“ scientists have closely measured the potential long-term impact of the spread of radiation.

An increase in child cancer rates was discovered in the most contaminated areas of Fukushima Prefecture, with young girls in the area at a 70 percent increased risk of contracting thyroid cancer. The standard risk is 0.75 percent, rising to 1.25 in the plant area.

â€œApart from emergency workers, the most affected people were those who remained in some highly contaminated towns and villages to the northwest of the power station for up to four months before evacuation,â€ Jim Smith, professor of Environmental Science at the University of Portsmouth in England told Reuters.

In the second-most contaminated region, just outside the 12-mile radius of the evacuation zone but still inside the prefecture, these risk figures were halved. As the Fukuhsima disaster struck, residents living within 18 miles of the plant were advised to evacuate. In other areas of Fukushima Prefecture, and the rest of Japan, no observable increases in cancer were expected.

The results from those immediately infected area have, however, led to calls for continued monitoring of the potentially adverse effects.

A 200-page report â€“ titled â€˜Health Risk Assessment from the nuclear accident after the 2011 Great East Japan Earthquake and Tsunami based on preliminary dose estimationâ€™ â€“ was conducted by several international officials from fields such as radiation risk modeling, epidemiology, public health and radiation effects.

The assessment also covered cases of emergency workers in the area, one-third of whom are expected to see increased risks of cancer compared to the local population.

No rise is expected for miscarriages, stillbirths and other conditions stemming from the radiation in infants conceived after the accident, the report said.

â€œThe WHO report underlines the need for long-term health monitoring of those who are at high risk, along with the provision of necessary medical follow-up and support services,â€ WHO Director for Public Health and Environment Dr. Maria Neira said.

– Those exposed to radiation in the most severely contaminated areas in Fukushima Prefecture received a 50 milli-sievert (MSV) lifetime radiation dose.

– Exposure to high levels of radiation can result in radiation sickness. A high level is considered to be over one â€˜gray,â€™ the unit in which a clear absorbed dose of radiation is measured. Over four grays is a fatal dose for half of all healthy adults.

– A sievert is a gray weighted by the effectiveness of a particular type of radiation. Grays do not take into account the impact of biological factors, or the radiation typeâ€™s effectiveness at damaging tissue.

– The sievert measures lower levels of radiation, and is used when assessing long-term risk, rather than the immediate impact of exposure. There are 1,000 MSV in a sievert.

– People safely absorb low levels of radiation in day-to-day life, averaging about 2 MSV per year. A 1,000 MSV dose would cause radiation sickness, but stop short of killing adults. With a 100 MSV dose, an increase in cancer risks is evident. (RT News).