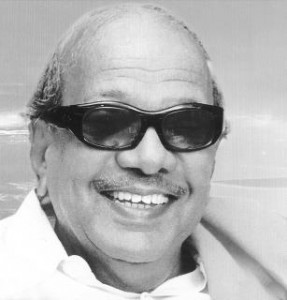 DMK chief M Karunanidhi on Wednesday sounded sceptical about holding of Northern provincial elections in Sri Lanka next year, saying there was some â€œhidden meaningâ€ in the announcement on the polls by Sri Lankan President Mahinda Rajapaksa, an Indian media reports.

â€œThere seems to be some hidden meaning in Mr. Rajapaksaâ€™s comments that electoral rolls have to be revised,â€ he told reporters in Chennai when asked about the Sri Lankan Presidentâ€™s remarks that they wanted to hold the election to the provincial council in September 2013.

Mr. Rajapaksa, in an interview to a leading Indian national daily, is reported to have said many issues had to be resolved ahead of holding the polls, the primary one being revision of electoral rolls since they were more than 30 years old.

Mr. Karunanidhi said an imprisoned LTTE cadre Ganesh Nimalaruban was allegedly murdered by prison and police officers for revolting and his parents were denied permission even to cremate his body in their native place Vavuniya.

Besides another person was said to be unconscious in hospital.

Only to find a solution to these problems, the conference of Tamil Elam Supporters Organisation was being organised, he said referring to the proposed meet of the forum revived by him recently to take up the cause of Sri Lankan Tamils.