<![CDATA[More than ten thousand people from Assam and other north-eastern states fled in panic from Bangalore, Chennai, Mumbai and Pune after receiving text messages warning them they would be attacked if they did not leave. <div> Officials believe the panic was fuelled by manipulated photographs on Pakistani news websites which falsely portrayed images of Tibetan earthquake rescue workers walking among dead victims as Burmese Buddhists standing among the bodies of Bangladeshi Muslims they had supposedly killed. 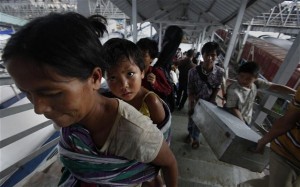 The false images are blamed for clashes in Assam between Bangladeshi migrants and members of mainly Christian and Hindu Bodo tribesmen.
Indian officials have identified a number of Pakistan and Bangladesh-based terrorist groups, including the Harkat ul Jihad al Islami (HuJI) and Jamiat-e-Islami, it believes were involved in launching a “cyber-attack” on the country.
Pakistan’s interior minister, Rehman Malik, said his Indian counterpart had complained to him that the false text messages had been generated from Pakistan. Pakistan’s foreign office said the claims were unfounded. B Raman, a security analyst and former senior official in India’s RAW intelligence agency said the attack had been part of a “psychological jihad” to cause chaos and communal clashes in India. “Previously it was acts of terrorism, now it’s a psychological attack creating differences between millions of Hindus and Muslims and people from the north-east and the rest of India. It’s an alarming development which our intelligence agencies were not able to understand – we do not have the capability to foil a psychological attack,” he said. He said he believed militant groups allied with the Pakistan Taliban were behind the campaign, but there was no evidence of Pakistan government support. (The Telegraph).
]]>