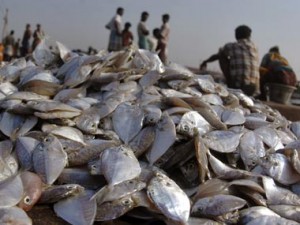 Fisheries department officials in Rameswaram had said in Tamil Nadu last week that Sri Lankan Naval personnel allegedly attacked some fishing boats and arrested 23 Tamil Nadu fishermen when they were fishing near Katchatheevu in the Palk Straits.

Rameswaram Fishermenâ€™s Association President Emirett had said that the Lankan navalmen attacked 20 other fishing boats and seized the fishing nets.

In Sri Lanka, Naval spokesman Kosala Warnakulasuriya had said that the fishermen were arrested off the coast of Talaimannar for poaching and causing damages to the fishing gear of the Sri Lankan counterparts.

Katchatheevu, an islet, was ceded to Sri Lanka by India in 1974. Earlier on July one, ten fishermen from Tamil Nadu were taken into custody by the Lankan Navy for reportedly crossing the International Maritime Boundary Line and fishing in their waters but were subsequently ordered to be released by a Mannar court. Following their arrest, Tamil Nadu Chief Minister Jayalalithaa had shot off a letter to Prime Minister Manmohan Singh, expressing concern over â€œunrelenting, harsh attitude of the Sri Lankan Navyâ€ towards Indian fishermen.

She had also sought the Centreâ€™s intervention in securing the release of those arrested by the island republicâ€™s navy. (PTI)