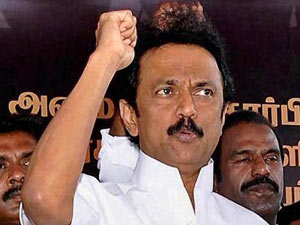 Despite the acrimony in Lok Sabha between the Congress and ally DMK over the upcoming resolution against Sri Lanka at the UN Human Rights Commission, both parties have tried to reach out to each other at the Tamil Eelam Supporters Organisation (TESO) meet held in New Delhi Thursday (07) evening.

Health Minister Ghulam Nabi Azad, along with Congress MP Natchiappan, went to attend the TESO meet organised by the DMK, reports Indian Express.
However, four members of the Congress Party have met Congress vice-president Rahul Gandhi at a meeting on March 04, and the latter has stated that the final decision will be made regarding the participation in the TESO meet after discussing the matter with the leader of the party Soniya Gandhi.

The discussion also concentrated on Tamil community in Sri Lanka. Rahul Gandhi has stated that though he is very sensitive to the sufferings of Tamils in Sri Lanka and a solution should be provided for their problem, he will not accept the establishment of a Tamil Eelam in Sri Lanka under any circumstance.