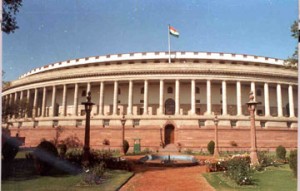 NEW DELHI: In what is certain to escalate the already vicious fight between the CBI and the IB over the Ishrat Jahan ‘fake encounter case,’ a former Home Ministry officer has alleged that a member of the CBI-SIT team had accused incumbent governments of “orchestrating” the terror attack on Parliament and the 26/11 carnage in Mumbai.

R.V.S. Mani, who as Home Ministry Under-Secretary signed the affidavits submitted in Court in the alleged encounter case, has said that Satish Verma, until recently a part of the CBI-SIT probe team, told him that both the terror attacks were set up “with the objective of strengthening the counter-terror legislation (sic).”

The official has alleged Verma levelled the damaging charge while debunking IB’s inputs labelling the three killed with Ishrat in the June 2004 encounter as Lashkar terrorists.

Contacted by TOI, Verma refused to comment. “I don’t know what the complaint is, made when and to whom. Nor am I interested in knowing. I cannot speak to the media on such matters. Ask the CBI,” the Gujarat cadre IPS officer said, who after being relieved from the SIT, is working as Principal of the Junagadh Police Training College. Mani, currently posted as Deputy Land and Development Officer in the Urban Development Ministry, has written to his seniors that he retorted to Verma’s comments telling the IPS officer that he was articulating the views of Pakistani intelligence agency, ISI.

According to him, the charge was levelled by Verma in Gandhinagar on 22 June while questioning Mani about the two Home Ministry affidavits in the alleged encounter case.

In his letter to the joint secretary in the Urban Development Ministry, Mani has accused Verma of “coercing” him into signing a statement that is at odds with facts as he knew them. He said Verma wanted him to sign a statement saying that the Home Ministry’s first affidavit in the Ishrat case was drafted by two IB officers. “Knowing fully well that this would tantamount to falsely indicting of (sic) my seniors at the extant time, I declined to sign any statement.”

Giving the context in which Verma allegedly levelled the serious charge against the government, Mani said the IPS officer, while questioning him, had raised doubts about the genuineness of IB’s counter-terror intelligence. He disputed the veracity of the input on the antecedents of the three killed in June 2004 on the outskirts of Ahmedabad with Ishrat in the alleged encounter which has since become a polarizing issue while fuelling Congress’s fight with Gujarat CM, Narendra Modi.

Gujarat Police has justified the encounter citing the IB report that Pakistani nationals Zeeshan Zohar, Amzad Ali Rana and Javed Sheikh, were part of a Lashkar module which had reached Gujarat to target Modi and carry out terrorist attacks.

In its first affidavit, filed in August 2009, the Home Ministry had cited IB inputs that those killed with Ishrat in the alleged encounter were part of a Lashkar sleeper cell, and had objected to a CBI probe into the “encounter.”