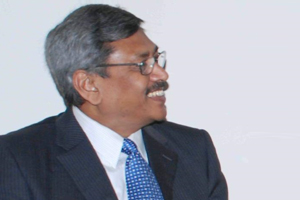 When Duminda Rathnayake rejected the accusation and insisted that his network has taken every step to prevent phone hacking, the Defence Secretary has blasted him with filthy language. Â  He is of the opinion that Indian RAW is bugging his phone to gather information with regard to national security.

The accusation comes at a time Sinhala extremist groups supported and funded by Gotabhaya Rajapaksa are carrying out a massive propaganda campaign against 13th amendment to the constitution and provincial councils.

His brother, Basil, is to leave for Delhi on Thursday as SL President Mahinda Rajapaksaâ€™s special envoy to discuss the situation with Indian authorities. In previous rounds, both Gotabhaya and Presidentâ€™s Secretary Lalith Weerathunga joined with Basil to brief Indian leaders.

He Â holds both Sri Lankan and US nationality, is aware that US also employs similar methods to listen to telephone conversations but has not publicly commented about it.