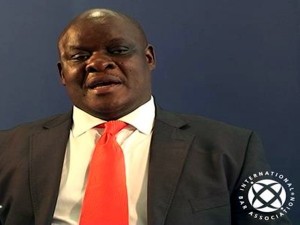 The removal from office in Sri Lanka of Chief Justice Bandaranayake was unlawful, is undermining public confidence in the rule of law, and threatening to eviscerate the countryâ€™s judiciary as an independent guarantor of constitutional rights states the Executive Summary of an International Bar Associationâ€™s Human Rights Institute (IBAHRI) report released today.

Issued ahead of the full report, the Executive Summary of A Crisis of Legitimacy: The Impeachment of Chief Justice Bandaranayake and the Erosion of the Rule of Law in Sri Lanka finds the legal profession in Sri Lanka to be in a perilous state.

Sternford Moyo, IBAHRI Co-Chair commented, â€˜We call upon the Government of Sri Lanka to take immediate steps to reverse the impeachment and replacement of Chief Justice Bandaranayake and to work to rebuild the independence of the judiciary and the legal profession in the country, as a matter of absolute urgency.â€™

A high-level delegation, under the auspices of the IBAHRI, investigated the removal of Chief Justice Bandaranayake and the independence of the legal profession in Sri Lanka through a series of in-depth conversations by telephone and via the internet with a range of key players in Sri Lanka, including judges, lawyers, journalists, parliamentarians and civil society activists.

The interviews were conducted remotely because authorities would not permit an investigation to take place within Sri Lanka. The delegation found there to be a systematic effort to intimidate and discredit lawyers and others who advocate and promote respect for fundamental rights in Sri Lanka.

In advance of the planning for the Commonwealth Heads of Government Meeting (CHOGM), scheduled to be held in Sri Lanka in November 2013, Sternford Moyo stated, â€˜This is a critical time for Sri Lanka and international efforts to work towards reform must be intensified. The IBAHRI invites the Commonwealth to carefully consider this report and Sri Lankaâ€™s position with regard to respect for the separation of powers, the rule of law, good governance and human rights as enshrined in Sri Lankaâ€™s Charter when deciding how to proceed with arrangements for the forthcoming CHOGM.â€™

The Executive Summary of A Crisis of Legitimacy includes specific recommendations to Sri Lankaâ€™s authorities, including taking immediate steps to reverse the impeachment and replacement of Chief Justice Bandaranayake, consistent with the Sri Lankan Constitution and extant rulings of the Court of Appeal and Supreme Court, drawing up a Code of Conduct for judges as a matter of urgency, taking full account of the principles set out in relevant international instruments, including the Bangalore Principles of Judicial Conduct and the Latimer House Guidelines; and Repealing the 18th Amendment to the Constitution and taking steps to create a body independent of the President and responsible for the appointment of all senior officials and judges in Sri Lanka.

To the UN, the Commonwealth Secretariat, the Commonwealth Ministerial Action Group and Member Countries of the Commonwealth the delegationâ€™s recommendations include inviting the Government of Sri Lanka to indicate precisely what assistance it requires to put reforms into effect and asking the Government in particular how it will facilitate future visits by and cooperate with the UN Special Rapporteur on the Independence of Judges and Lawyers, the UN Special Rapporteur on the Situation of Human Rights Defenders, and the UN Working Group on Enforced or Involuntary Disappearances.