Iranâ€™s offshore oil and gas platforms were the targets of the cyber attacks aimed at crippling the country. All threats were repelled and Israel was behind them, according to head of IT at the Iranian Offshore Oil Company, Mohammad Reza Golshani. 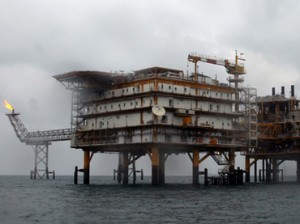 Golshani told Reuters that the attack happened over the past couple of weeks, was routed through China, and affected only the communications systems of the network.

It is almost two weeks since the managing director of the National Iranian Offshore Oil Company Mahmoud Zirakchianzadeh announced his companyâ€™s negotiations over deals worth US$14 billion.

Iran is currently under pressure from the international sanctions, mainly in oil exports, imposed by the UN Security council, the US, and the EU.

On Saturday, the EU threatened to ban Iranâ€™s natural gas export to put pressure on the countryâ€™s nuclear program. Iranâ€™s now exporting to Turkey and has swap deals with Armenia and Azerbaijan.

The possible ban was described by a spokesman of the oil ministry Alireza Nikzad-Rahbar as a “propaganda campaign” because â€œright now no EU member imports Iranian gas supply.â€

The UN Security Council imposed four rounds of sanctions in efforts to pressure Tehran to give up its nuclear program, which the West fears is aimed at creating a nuclear weapon. Iran insists its nuclear ambitions are peaceful. The sanctions targeted Iranâ€™s oil exports and cut off access to international banking networks.

Tehran is being pressured not only with sanctions: the country has been variously attacked by Flame, Stuxnet and Gauss, three viruses that gathered information on sensitive Iranian equipment and slowed down its nuclear centrifuges. They were tacitly confirmed to have been launched by the US and Israel, as a way of slowing down the countryâ€™s atomic program, which the West says is aimed at eventually producing nuclear weapons. A claim Iran emphatically denies.

Iran has reported several computer attacks in recent months and a Revolutionary Guard commander said last month the country would defend itself in case of a “cyber war”.

Tehran is seeking to developing a national Internet system, which it says would improve cyber security. But many Iranians say the plan is the latest way to control their access to the Web, which is already highly censored. (RT News).