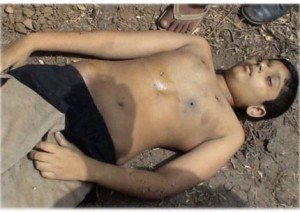 Tamil Nadu will not host the Asian Athletics Games scheduled for July, Chief Minister Jayalalitha said, because the Centre has not asked Sri Lanka to skip the event. She cited the alleged war crimes by Sri Lankan defence forces in 2009, ending the island’s lengthy civil war.

“Sri Lanka’s participation would hurt people’s sentiments in Tamil Nadu,” she said, adding that the Union government has ignored a request by her toÂ  ban Sri Lanka from the Games.

The 20th edition of the Games was to be hosted in India after a gap of nearly 20 years. New Delhi had hosted the Games in 1989.

Yesterday, the chief minister described as “a war crime” the alleged execution of the 12-year- old son of LTTE chief V Prabhakaran.

Photos released by UK’s Channel 4 show the child snacking while in military custody just hours before he was shot dead. The photos, which are morphed according to the Sri Lanka administration, feature in a new documentary that will screen next month in Geneva to coincide with a UN Human Rights Council discussion on the country, currently facing censure by the US over its failure to probe war crimes.(NDTV)