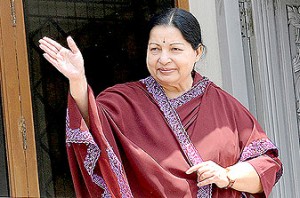 Chief Minister J Jayalalithaa on Friday urged the Central government to move a separate resolution before the United Nations Human Rights Council (UNHRC) during its ensuing session in Geneva, on the basis of the resolution adopted by the Tamil Nadu Assembly on June 8, 2011.

The resolution called for proclaiming all those involved in the genocide of Tamils in Lanka as war criminals and imposing economic embargo on the island nation until all the internally-displaced Tamils there were resettled in their native places and accorded rights on par with the Sinhalese.

Replying to the discussion on the motion of thanks to the Governorâ€™s address in the State Assembly, the Chief Minister recalled that Prime Minister Manmohan Singh was responsible for diluting the strong resolution moved by the US against Sri Lanka before the UNHRC last year. On the recurring attacks on Tamil Nadu fishermen by the Lankan Navy, Jayalalithaa charged that the Centre had been adopting an indifferent attitude in this regard. (Express News Service)