Home à®ªà®©à¯à®©à®¾à®Ÿà¯à®Ÿà¯ à®šà¯†à®¯à¯à®¤à®¿à®•à®³à¯ Kashmir: most militarised place on earth
Facebook
Twitter
Google+
Pinterest
WhatsApp
In the most militarised place on earth, one man is standing up to the armed might of the world’s largest democracy. Kashmir’s Torture Trail follows a Kashmiri lawyer as he uncovers India’s best kept secret.With the world’s media attention focused on repression in Syria and the threat to the Euro, the Indian state of Kashmir, nestling in the shadow of the Himalayas, is in danger of becoming a forgotten conflict. 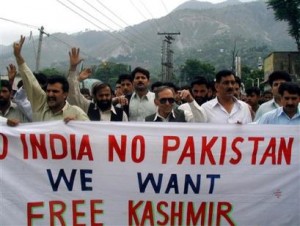 But in 2010 this valley in the shadow of the Himalayas erupted in some of the most violent street protests it has ever seen. Hundreds of thousands of stone-throwing teenagers took aim at heavily armed Indian Security Force troops, who returned live fire, with 118 demonstrators killed, many of them children, followed by a lock-down in which no one could get in or out of the state.
Kashmiri lawyer Parvez Imroz has never filed a divorce or defended a thief. Instead, this veteran Supreme Court advocate has spent his entire legal career dressed in a grey morning suit and working pro-bono.Broke but determined, with two young children and a wife who complain he has yet to take them on a picnic, Imroz has always risked his life to keep the Indian authorities accountable in this disputed mountain state where, unseen by most of the world, an insurgency has rumbled on since 1989, claiming an estimated 70,000 lives.Meeting the rioters to find out why they risked their lives, and accompanying a local human rights lawyer determined to investigate how India restored an uneasy peace, this powerful and shocking film uncovers a state-sanctioned torture programme that has set India on a collision course with the international community.
For more detail, please click here: