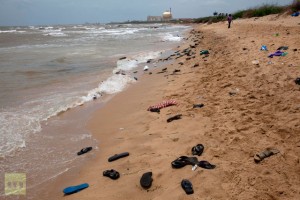 The protests against theÂ  Kudankulam Nuclear Power Project on Tuesday spread to Chennai with members of various parties and outfits being arrested for staging road blockades in various parts of the city. Viduthalai Chiruthaigal Katchi founder and Lok Sabha MP Thol Thirumavalavan and MDMK leader Mallai Sathya were among the scores ofÂ protesters who were arrested for staging road-blocks in different parts of the city, police said, adding smaller outfits like MMK also staged protest. The protesters condemned yesterday’s police firing in Tutircorin district where a fisherman was killed and opposed loading of uranium fuel at the nuclear plant in Tirunelveli district. The anti-nuclear protests had taken a violent turn yesterday with police clashing with Â protestors , resulting in lathicharge and firing of teargas shells by police at Idinthakarai in Tirunelveli district and firing at Tuticorin. Over a 1000 people are on relay fast at Idinthakarai village, majority of them women. Many of them said they will not give up their protest even if the leaders are arrested. Protesters have placed boulders and tree trunks on roads in many places at Kudankulam and Idinthakarai, apparently to prevent police from entering the village.]]>