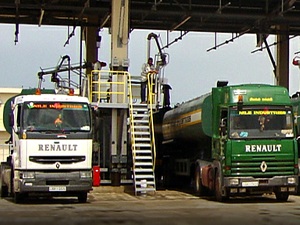 The Ceylon Petroleum Storage Terminals Limited (CPSTL) says it has rejected 5000 Metric Tonnes (MT) of diesel imported by Lanka Indian Oil Corporation (LIOC) after it was found to be substandard.

CPSTL is the common user facility company established to facilitate the petroleum storage and distribution activities in Sri Lanka.

CPSTL officials said that the diesel will however be subjected to further tests before a final decision is taken on the consignment.

LIOC meanwhile confirmed that the diesel had been rejected and will be returned.

Through newspaper advertisements CPC had later called for tenders to purchase oil.

Tenders had been called for Gas oil, 90 octane and 95 octane petrol and Jet fuel.