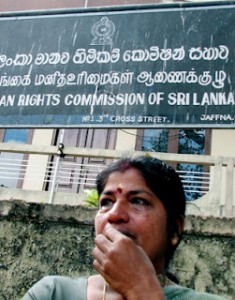 The Sri Lankan government party leaders who met last evening at a special meeting chaired by SL President Mahinda Rajapaksa to discuss changes to the 13th Amendment have decided to present the proposed amendments in the form of a Special Cabinet Paper to the Cabinet meeting to be held today (6), SL government sources said.

The party leaders have also extensively discussed land and police powers, some of which have been delegated to the Provincial Councils, under the existing provisions of the 13th Amendment.

The SLÂ President has proposed that a Parliamentary Select Committee (PSC) be set up in order to reach an agreement on the matter.

The SL President has also insisted that irrespective of a possible boycott by the UNP and the TNA, a PSC should be appointed in order to discuss the changes into the 13th Amendment, the sources added.