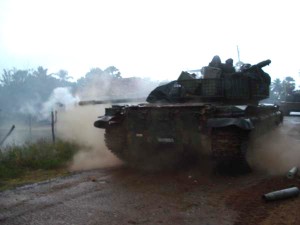 eport 13 people between the ages of 19 and 55 were arrested over the past 2 days which includes 7 arrested by the Sri Lankan military and brought to Colombo this week. The Uthayan newspaper reported that there were unconfirmed reports of a higher number of arrests but those reports could not be confirmed. Earlier this week the Jaffna Human Rights Commission had said that complaints were lodged over the arrest of 7 Tamils by the TID over terrorism related charges. Tamils from North and East urge International community to stop Sri Lankan genocide immediately.  ]]>