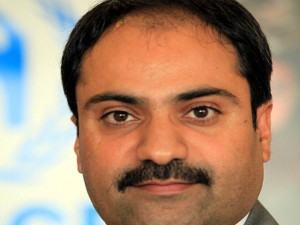 About 19 Sri Lankan Tamil refugees who feared deportation after they being stranded in Dubai can breathe easy with the United Nations High Commissioner for Refugees (UNHCR) refuting reports that they would be sent back home, the Times of India reported.

â€œUNHCR is looking for a solution to resettle the 19 refugees in other countries. We have full cooperation from the UAE government and there is no threat of the refugees being sent back to Sri Lanka,â€ said Babar Baloch, spokesperson for UNHCR in Geneva. There were reports earlier that the refugees who reached Dubai illegally would be deported on April 11.

Last October, 45 Sri Lankan Tamil refugees set out in a boat from Tuticorin and were stranded in mid-sea. They were picked up by a Singapore-registered cargo ship and taken to Dubai where they sought asylum through the International Red Cross. They were dropped off in Dubai and entrusted to UNHCR. UNHCR denied refugee status to seven and six were deported to Sri Lanka.

â€œWe have been working sincerely to settle them in other countries. Fifteen of the 39 recognized refugees left UAE and 12 are in the process of departing. Resettlement for others may take time. The UAE government has been supporting UNHCR in sheltering the refugees,â€ Babar said. He was unable to answer how long the UAE government would keep them. â€œWe do not want to speculate,â€ he said.

The refugees had appealed to Tamil leaders for help. MDMK leader Vaiko had requested Prime Minister Manmohan Singh to ensure that the 19 Tamils were not deported. VCK leader Thol Thirumavalavan and others issued statements in support of their resettlement.

The family of LTTE spokesperson Ilanthiraiyan, who disappeared during the civil war, are among the 45 refugees. TV presenter Lohini Rathimohan who worked for an LTTE-owned internet channel is among those waiting for resettlement. â€œShe is depressed. She knows what happened to Isaipriya, another TV presenter with the LTTE channel, who was brutally killed by the Sri Lankan Army,â€ Ramanan, one of the 19, said.

Another refugee Niranjani travelled while she was eight months pregnant and delivered a girl in Dubai on December 25, 2012. â€œShe is likely to be sent to the US. Her baby Abinaya is also in need of better living conditions. We stay in a small place near the seashore. We were told that the six deported Tamils are facing problems in Sri Lanka. Though they have no issues with the government, they are facing trouble. If we are forced to go back to Sri Lanka, there is no assurance that our lives will be spared,â€ Ramanan said.