<![CDATA[The son of the country's late dictator Muammar Gaddafi will be charged with urging supporters to kill demonstrators and revolutionaries during last year's uprising, and will face execution by hanging if he is found guilty. <div> 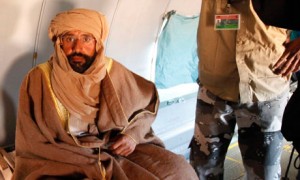 Previous attempts to bring him to trial had foundered over the insistence by Libya’s transitional government, formed soon after Saif al-Islam’s father was driven from Tripoli a year ago this week, that he face justice in the capital. The fiercely anti-Gaddafi Zintan fighters who took him prisoner refused to hand him over, fearing that he might escape with the help of friends and sympathisers in Tripoli, or that he would be treated leniently.