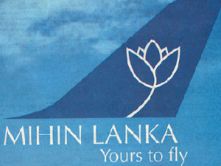 According to Indian media, glass windows of the office and four computers have been damaged.

Reports say that the no one was in the office when the attack took place.

According to the New Indian Express, 30 people have been arrested and further inquiries are being conducted.