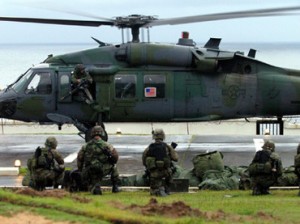 The Sri Lanka government yesterday expressed concern over the signing of a Memorandum of Understanding (MoU) between the US embassy in Colombo and the Trincomalee Urban Council to jointly establish a public information and activity centre known as the American Corner, without the knowledge or the authorisation of the Sri Lanka External Affairs Ministry.

Government sources said that foreign missions based in Colombo should obtain prior approval or inform to the External Affairs Ministry of Sri Lanka whenever they need to engage with local authorities – which is the international norm.

Currently there are two American Corners – in Kandy and Jaffna.

The signatories to the MoU for establishing and American Corner were Christopher Teal, Director, Press, Cultural and Educational Affairs of the US embassy in Colombo and the chairman of the Trincomalee Urban Council, K. Selvarajah.

The fact sheet of the US embassy stated: â€œThe host institution, the Urban Council, plans to provide support for the maintenanceÂ  and operation of the Corner. The American Corner will provide access to current and reliable information about the United States via book collections, the internet and through of variety of events such as public readings, films, speaker programs, workshops, meetings and exhibits. Products and services will include books and multimedia collections, periodicals and databases, hi-speed internet access, and cultural and educational programs.â€