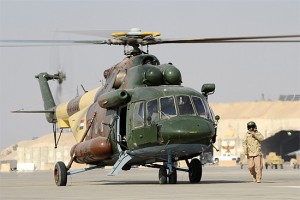 The FPI’s budget has not been finalized, but media speculation has predicted that it could be given more than $100 billion between now and 2020, though the funding is expected to be ramped up in steps.

â€œAfter 20 years of stagnation it will be hard to catch up with the Westâ€™s weapons development the ordinary way,â€ Vice Premier Dmitry Rogozin told the deputies ahead of the vote.

â€œWe need a radical organization ready to take risks and work in the most promising areas. A real predator.â€

Rogozin claims the agency can begin working within months, and will initially employ a staff of no more than 150.

He promised that key research would initially be decided by need, and that his team would initially concentrate on â€œautomating systemsâ€ and â€œhypersonic technologies.â€

When FPI was first mooted, its obvious comparison was with the Defense Advanced Research Projects Agency (DARPA) set up by the United States in 1958. With a budget of over $3 billion, it controls tight teams of scientists working on research that provides spectacular results (GPS and stealth planes) and embarrassing results (spy telepathy and halfnium bombs).

It is currently working on a thought-controlled prosthetic arm, an exoskeleton and a flying armored car.

Proposed by President Vladimir Putin, whose United Russia party enjoys a majority in the Duma, the FPI law was expected to be rubber stamped without a hitch.

Communist Vladimir Fedotkin noted that â€œin the past 20 years we have seen a lot of funds, and every time the money has simply been stolen.â€

Andrey Rudenko, from moderate opposition party Fair Russia, expressed fears about voting for an â€œopaqueâ€ organization, whose budget, scope and structure have not been made clear even to the lawmakers themselves.

In response, Rogozin promised that FPI would face strict internal audits, and appealed to the parliamentariansâ€™ sense of patriotism.

Rogozin, who is the mastermind behind FPI and is expected to take charge of the new organization, is a divisive figure in Russian politics.

A journalist by education, he was widely known as a firebrand nationalist, who was once barred from running in an election for his xenophobic views. Since then, he has made a stunning political comeback, first serving as Russiaâ€™s prickly ambassador to NATO, before becoming one of the countryâ€™s most influential politicians.

He has previously been outspoken in his criticism of Russia buying high-tech weaponry from abroad. (RT News).