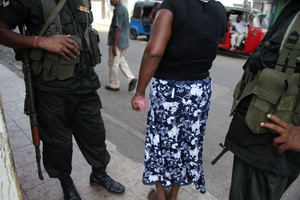 National federation of Indian women in Tamil Nadu has arranged for a national level conference from august 8 till 11 in Chennai. The sufferings of Lankan Tamil women will be discussed.

There are 89, 000 Tamil women in the northern and eastern provinces alone in Sri Lanka, who became widows resulting from the SL governmentâ€™s 30-year-old war, Child Development and Womenâ€™s Welfare sources revealed recently.

Despite the fact that it has been three-and-a-half years since the war that ravaged this country ended, the sufferings of thousands of war widows have been ignored.

These widows continue to live in poverty and suffer from social stigmatisation and economic deprivation, purely because they are Tamils and they have lost their husbands.

Meanwhile, Tamil women were â€œsexually abusedâ€ by the Sri Lankan military in North and East and many suspected of links to LTTE were taken away and not seen since, a Tamil activist told to the Eelam-e-News.