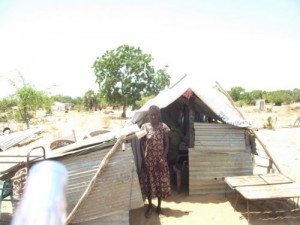 On 27 November, Reporters Without Borders will launch a website called WeFightCensorship (WeFC) on which it will post content that has been censored or banned or has given rise to reprisals against its creator. This original website’s aim is to make censorship obsolete. It is an unprecedented initiative that will enable Reporters Without Borders to complement all of its other activities in defence of freedom of information, which include advocacy, lobbying and assistance. Content submitted by journalists or netizens who have been the victims of censorship – articles, videos, sound files, photos and so on – will be considered for publication on the WeFightCensorship site. The content selected by the WeFC editorial committee will be accompanied by a description of the context and creator. It may also be accompanied by copies of documents relating to the proceedings under which it was banned or other documents that might help the public to understand its importance. There will be French and English-language versions of the site. Documents from all over the world will be published in their original language (including Chinese, Persian and Vietnamese) and in translation. The site is designed to be easily duplicated and mirror versions will be created in order to thwart attempts to filter or block it. Internet users will be asked to circulate the censored content in order to give it as much visibility as possible. “Reporters Without Borders is providing a deterrent designed to encourage governments and others to respect freedom of information, the freedom that allows us to verify that all the other freedoms are being respected,” Reporters Without Borders secretary-general Christophe Deloire said. “This website aims to exploit the so-called ‘Streisand effect,’ under which the more you try to censor content online, the more the Internet community tends to circulate it. We want to show that jailing an article’s author, seizing copies of a newspaper or blocking access to a website with a certain video can prove very counter-productive and can result in the content going around the world.” By accessing a secured “digital safe,” Internet users will be able to submit content for publication anonymously. The website will also offer a “digital survival kit” with information about Virtual Private Networks (VPNs), encryption software such as TrueCrypt, online anonymization techniques such as Tor and other tools that news providers can use to protect their sources and, in authoritarian countries, their own safety. Private access to a beta version of the site has already been available since 13 November to those that register. To support the launch, the Publicis Bruxelles advertising agency devised a campaign ad free of charge that shows several heads of State, including Vladimir Putin, Mahmoud Ahmadinejad and Bashar al-Assad in their birthday suits with the legend “Totalitarian regimes will no longer be able to hide anything from us.” It will appear in the print media and online. Reporters Without Borders is an NGO with consultative status at the United Nations, UNESCO and the International Organization of the Francophonie. It has its international secretariat in Paris, 10 international bureaux (in Berlin, Brussels, Geneva, Madrid, New York, Rome, Stockholm, Tunis, Vienna and Washington) and more than 150 correspondents across all five continents. The WeFC project is supported by the European Union’s European Instrument for Democracy and Human Rights (EIDHR) and the Paris City Hall. Source: Reporters Without Borders]]>