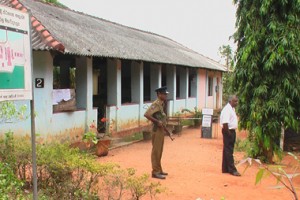 There is no division in the Tamil National Alliance (TNA) regarding the selection of its chief ministerial candidate to the Northern Province, TNA Media Spokesman and Jaffna District Parliamentarian, Suresh Premachchandran, said.

He added all the five constituent parties of the Tamil National Alliance, namely, the Ilankai Thamil Arasu Katchchi, TELO, EPRLF, PLOTE and TULF, were unanimous in selecting Justice C.V. Vigneswaran as the chief ministerial candidate for the Northern Province, at the forthcoming Northern Provincial polls scheduled for September.