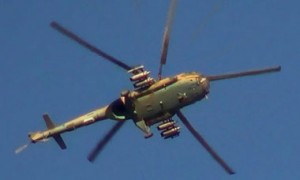 Sri Lankan Air Force flights were assigned to ferry Lankan Ministers and MPs who were to participate in the Sri Lankan Independence Day ceremony in Trincomalee last Monday.

Deputy Speaker Chandima Weerakkody, Piyasena Gamage, Udith Lokubanadara, Roshan Ranasinghe and C.B. Ratnayake were among a few who were in a one such flight. It departed from Ratmalana around 6.30 a.m. Most of them were having a nap during the flight.

When it landed, Polonnaruwa district UPFA MP Roshan Ranasinghe noticed a familiar scene in the vicinity. This looks like the Hingurakgoda Chaithya (Buddhist Temple), he told others.

“Yes, sir we have landed in Hingurakgoda, an Air Force pilot told the MP. Others wondered what had happened.
It was a while later that they were told the flight had to land in Hingurakgoda and not in Trincomalee due to bad weather.