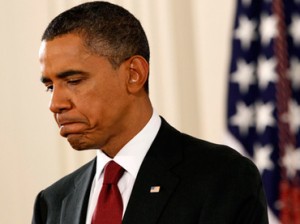 Barack Obama has staunchly defended US. government programmes conducting surveillance of phone and Internet activity, insisting that they were conducted with broad safeguards to protect against abuse.

“Nobody is listening to your telephone calls. That’s not what this program is about,” Mr Obama told reporters on a visit to California’s Silicon Valley.

He insisted that the surveillance programs struck the right balance between keeping Americans safe from terrorist attack and protecting their privacy.

Mr Obama stressed that the programs are overseen by federal judges and by Congress, where senators and representatives are regularly updated on their use, and he said his administration has also instituted audits to make sure safeguards are observed.

The Washington Post reported late yesterday that federal authorities have been tapping into the central servers of companies including Google, Apple and Facebook to gain access to emails, photos and other files allowing analysts to track a person’s movements and contacts.

That added to privacy concerns sparked by a report in The Guardian that the National Security Agency (NSA) had been mining phone records from millions of customers of a subsidiary of Verizon Communications.

Mr Obama said he came into office with a “healthy scepticism” about the surveillance programmes, but came to believe the “modest encroachments on privacy” are warranted.

“They make a difference in our capacity to anticipate and prevent possible terrorist activity,” he said.

The government’s Internet monitoring program does not apply to US citizens or residents, he said.

“In the abstract, you can complain about ‘Big Brother’ and how this is a potential program run amok, but when you actually look at the details, then I think we’ve struck the right balance,” he said.