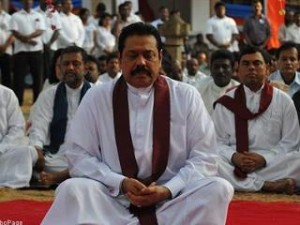 A Sri LankanÂ senior official at the Ceylon Petroleum Corporation (CPC) said that the newly built oil tanks at the Hambantota Magampura Port have started to sink. The oil tanks are sinking because the ground beneath them is weak. He added that cracks have also started to appear on the tanks.

Although a feasibility study was conducted prior to the construction of the tanks, the report had been ignored due to Presidential intervention. The official said that plans of off shore bunkering would now have to be put aside.