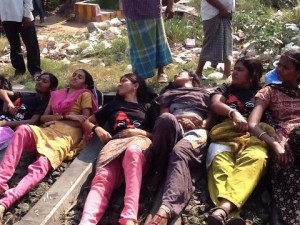 Vikram suffered severe burns after he set himself ablaze at an anti-Sri Lanka protest in a suburban area here Thursday night. He was taken to a government hospital, where he died later of his injuries.

He is the second person to immolate himself in the on-going protests. Earlier this month, Mani of Cuddalore district died after he too set himself ablaze, demanding action against Sri Lankan President Mahinda Rajapaksa for war crimes committed against the Tamils there.