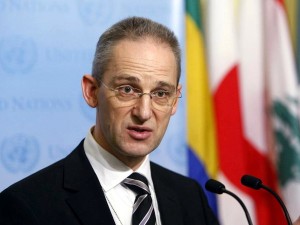 The United Nations (UN) says there is no need for people from the north of Sri Lanka to go to Colombo to provide information to the UN on any issue.

Responding to reports that hundreds of Tamils from the north were prevented from heading to Colombo this week to stage aÂ demonstrationÂ and handover a petition to the UN country office, a UN spokesman in New York said there are other ways to communicate with the UN.

â€œWell, there would be other conduits to be able to provide information if people feel they have information that they wish to hand over to the United Nations. Â There are other ways to do it if they cannot reach Colombo. Â So I am sure that that would be possible, to be able to receive information and not just via the country team in the country,â€ UN SpokesmanÂ Martin Nesirky told reporters in New York.