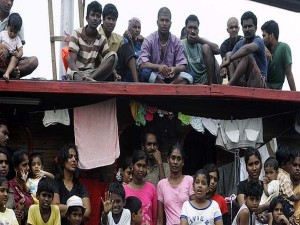 Over 25 Tamil asylum seekers are on hunger strike at a detention center in Melbourne, Australia.

Media reports said that the Tamils are seeking their release from detention or be given asylum.

The Tamils had launched the strike on April 8 and have continued it since then with some of them falling sick.

At least five of the protesters had been hospitalized after falling sick during the hunger strike.