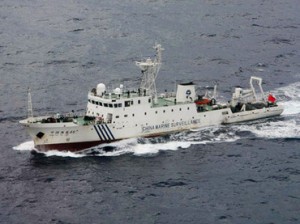 Pakistan Navy Ship SAIF is on a visit to the Trincomalee port from 14-17 May 2013, this visit signifies the strong diplomatic, cultural and military ties between Sri Lanka and Pakistan, Sri Lankan sources said.

The 123 meters long PNS SAIF (F-253) is a multi mission frigate capable of operating independently, or as part of Task Force in a multi-threat environment. The ship was commissioned in September, 2010 at Shanghai, China.

PNS SAIF is the 2nd Ship to bear name â€œSAIFâ€. The first ship to be named Saif was Garcia Class Frigate(Ex USS Garcia FF-1040) which served Pakistan Navy till January 1994.

PNS SAIF is equipped with state of the art equipment and sensors. It also carries Anti Submarine Z9EC helicopter. The ship is capable of operating in a in multi-treat environment, it is equipped with multi role missiles and other modern weapon systems.

As part of goodwill, Pakistan Navy ships frequently visit Sri Lankan ports. Such interactions are aÂ  part of the multi faceted professional relationship between the two navies, this partnership is considered important by both countries for creating a secure maritime environment in the Indian Ocean.