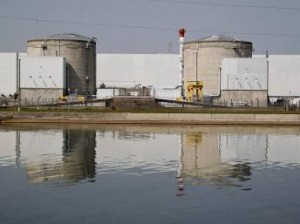 In an apparent tit for tat, Sri Lanka is moving in the direction of a nuclear pact with Pakistan after India voted against it at the UN this year, the Hindustan Times reported.

At the same time, it is dragging its feet on a similar pact with India by not scheduling talks despite Delhiâ€™s keenness to conclude the agreement soon.

India had offered Sri Lanka a comprehensive nuclear pactÂ  that would deal with all aspects of civil nuclear cooperation, including safety and training of professionals. One round of talks was held in October last year, and India also sent the southern country a draft pact.

But since then, Delhi has been waiting for a Lankan response on dates for further talks. Official sources said, â€œWe are yet to hear from them,â€ despite offering a â€œcomprehensive pactâ€.

Statements made by Lankan authorities show their intent to negotiate nuclear deals with both India and Pakistan, sources said.

Sri Lankaâ€™s overtures to Pakistan are of concern to India, which sees its western neighbour as a country â€œwith dubious non-proliferation recordsâ€. It also has issues with Colombo overlooking its intention to give it the best possible deal. The second vote against Sri Lanka on the Tamil issue at the UN human rights council in March this year upset the country.