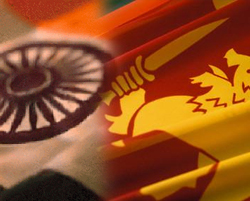 The Madurai Bench of the Madras High Court has reserved its orders on a writ petition seeking to close down the Indian High Commission and Embassy at Sri Lanka and to recall its ambassador as a mark of International protest.

Solai Kannan, Madurai district president of Hindu Makkal Katchi, filed a writ petition in the Madurai Bench through his counsel Peter Ramesh Kumar stating that India had voted against Sri Lanka in the International Forum for War Crimes on the genocide committed in the island nation during the Eelam war IV.

Counsel Peter Ramesh Kumar further stated that during the month of December 2012 and January 2013, 367 Hindu temples were demolished by the Sri Lankan Forces in Tamil-dominated areas and also Tamil names of 89 villages have been renamed in Sinhala language.

The counsel also argued that over thousands of fishermen from Tamil Nadu have been killed by the Sri Lankan Navy.Â