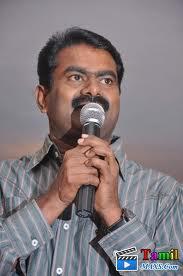 With the slew of protests against Sri Lanka gaining momentum in Chennai, Tamil activists in the city have decided to launch a signature campaign to move the Sri Lankan Deputy Mission out of Chennai.

The presence of the Srilankan Deputy Mission in Chennai is hurting the sentiments of Tamil activists and Tamils here, the activists claimed.

Despite the exposure of war crimes committed by Sri Lankan forces during the fag end of the ethnic war, the Indian government had not taken any mission to snap its diplomatic ties with the Sri Lankan government, they said.Â  â€˜Naam Tamilar Katchi founder Seeman opined that the Sri Lankan Deputy Mission should not be moved just out of Chennai, but also from the State.

â€œIt would not be fair enough for the Deputy Mission to be relocated within Tamil Nadu. It can be moved either to Andhra Pradesh or any other State, but not to any other place in Tamil Nadu as it would affect Tamils living in that part of the State. It will be the only way to snap trade ties off Sri Lanka by the State The Deputy Mission was doing nothing but spying on the Tamil activists who were raising their voices against crimes committed by Sri Lanka,â€ he said.

â€œWe have started with the Lankan Deputy Mission, we will continue our stir until the Central government snaps all its ties with Sri Lanka,â€ he added. (The New Indian Express)