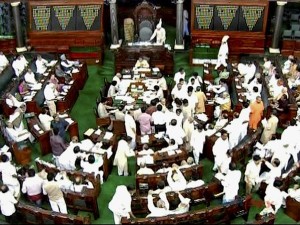 Top leaders of the DMK party in Tamil Nadu are scheduled to meet in Chennai today to castigate the the Indian Cental government for not taking a strong enough stand against Sri Lanka over its alleged war crimes. However, MK Alagiri may not attend the executive councilâ€™s session, sources have told NDTV.

Earlier this week, Alagiri had separately handed over his resignation letter to the Prime Minister while four other DMK ministers had also resigned the same day.

Party sources said this was Alagiriâ€™s method of protesting against the fact that he had not been consulted about the DMKâ€™s decision to quit the UPA government. Sources close to Alagiri said he heard for the first time of this news on television channels. The DMKâ€™s pullout was allegedly fashioned by Alagiriâ€™s younger brother and political rival, MK Stalin.

Alagiri today met party chief M Karunanidhi and informed him about his meeting with the Premier and Sonia Gandhi.

Sources say at tomorrowâ€™s meet the emergency executive committee will deliberate its future course of action and its strategy to be adopted against the Centre and the Congress. The meet will also justify the withdrawal of the party support to the Centre, sources add.

Sources also say that around 12 to 15 resolutions may be passed in the meet. One of them will ask India to stop the Commonwealth Heads of Government Meeting (CHOGM) at Colombo later this year, and if that meet is held then India should abstain from it.