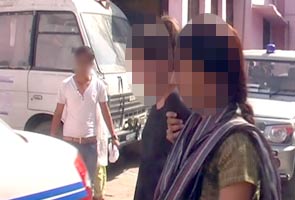 A British tourist jumped from her hotel room in Agra yesterday, allegedly to avoid being molested by the owner of the hotel.

The 30-year-old jumped from the balcony on the first floor of the Agra Mahal Hotel and is in hospital with head injuries; both her legs are fractured.

The hotel owner, Sachin Chauhan, has been arrested.

He allegedly entered the tourist’s room early this morning, offering her a massage, and then tried to molest her.

The woman had checked into the hotel two days ago.

Yesterday morning, the UK had revised its advisory to its citizens travelling to India, saying women should be cautious. The advisory cited the recent gang-rape of a Swiss tourist by six men in Madhya Pradesh.

“A Swiss national suffered a serious sexual attack in Madhya Pradesh on March 16. Women travellers should exercise caution when travelling in India even if they are travelling in a group,” the advisory said.(NDTV)