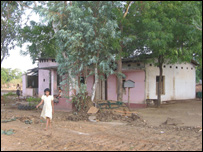 A systematic attempt to â€˜Sinhaliseâ€™ areas in the North, especially in Vavuniya is underway, opposition parties charge.
Members of the Tamil National Alliance (TNA) and even the Democratic Peopleâ€™s Front (DPF) said that in some instances Sinhalese families were being settled in predominantly Tamil areas with state support,Â the Sunday Leader reports.

TNA MP Suresh Premachandran said he had discovered evidence of Sinhalisation based on information collected from officials and residents during his visits to the Northern Province.

For instance, an area in Vavuniya known as Kokachankulam was a predominantly Tamil village, which also had a few Sinhalese families. The people in this area were mostly farmers, Premachandran said, he added.

TNA MP Sivashakthi Anandan said the families being resettled in Kokachankulam were from Hambantota. He added that there were plans to settle another 1,000 Sinhalese families in the area as well.

In Weli Oya, Mullaitivu, 3,000 land projects have been given to Sinhalese farmers. Tamils once owned the land in this area. Some of them had permits and deeds as well to prove ownership, but were unable to return to their homes as they were now occupied by Sinhalese families. â€œNow these Tamils have no place to go and farm,â€ Premachandran said. He added that the President was aware of these farmers and yet had given Sinhalese families permission to farm there.

Meanwhile, the entire Munnikulam village in Mannar had been taken over by the Navy and their families, he added, while the people who originally had called this village home had no place to stay. Both Premachandran and Anandan stated that the result was that 2,200 families were living in temporary settlements in the jungle.

120 Sinhalese families had been registered with the Army in Navatturai, Jaffna. Premachandran said when he visited around 10 buildings were being constructed, while the rest of them were living in temporary shelters made out of roofing sheets. A woman at the site had told Premachandran that they were receiving support from Buddhist monks based in the South, who were giving them assistance to build houses.

TNA MP Anandan further said that 2,500 acres of land had been given to the Sinhalese in Mullaitivu, with President Rajapaksa giving out deeds in the area. He added that land was being cleared with the apparent intention of settling Muslims in the Mullaitivu area, with land being cleared for this purpose. Land was also being cleared in the Manthai West area in Mannar, possibly for the resettlement of Muslims, he added. The army was clearing a 6 kilometre stretch by the side of the road, and he suspected it was to resettle more people in the area, he said.

10,000 acres of land were also being cleared in Karankalani in Vavuniya for resettlement.

Democratic Peopleâ€™s Front Leader Mano Ganesan added that the demography of the North should not be systematically changed as it was contrary to the Lessons Learnt and Reconciliation Commission (LLRC) report, which had a section devoted to the issue.
Yet people are ignoring the recommendations in the report, he said.

â€œPeople should understand the difference between colonization and immigration,â€ Ganesan said.

He added that land was generally divided with state assistance, in one of two ways. â€œEither forest land is cleared and offered to people, or border areas are artificially changed, so that more Sinhalese areas are annexed to the Northern province, thus making it more Sinhalese,â€ he said. The border areas in Trincomalee and Mullaitivu districts, for instance, were being artificially changed, so that more Sinhalese settlements were being merged into the districts. 3,000 families had been settled in a village called Kokillai. The TNA charged that the land deeds issued belonged to Tamils who had moved out of the country. However the land had been forcibly taken away from them and given to the Sinhalese instead, Ganesan said.

In addition the Kinniya hot springs, which are said to have been created by King Ravana in the Hindu epic the Ramayana, was now being occupied by a Buddhist monk. â€œThe Tamil identity is being wiped away. It is totally against legislation,â€ Ganesan said.