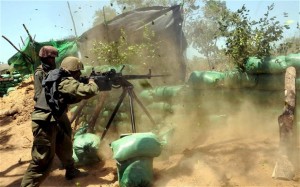 The Sri Lankan military has decided to withdraw the two officers sent to Tamil Nadu to follow the Defence Services Staff Course (DSSC), due to opposition from the Tamil Nadu government.

Several other trainees were relocated to Bangalore some time ago, and according to military sources, it was possible as similar courses were available there. However there is no alternative course available for these two officers elsewhere in India and although the one proposed by the Indian government is a better course, it is more suitable for senior officers and not suitable for these officers.Â  Therefore the Secretary of Defence had made the decision to withdraw them and send them for a similar course elsewhere.