Former Norwegian peace envoy to Sri Lanka Erik Solheim says there was an attempt to assassinate him by Singhala groupÂ in the year 2000 when he was in Sri Lanka to discuss attempts for a negotiated settlement between the LTTE and the government. 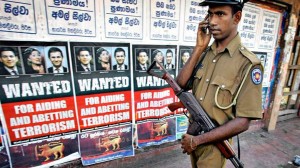 Solheim told the Norwegian Aftenposten newspaper that he was briefed by security officials about the attempt to assassinate him and they had learned that one such attempt was by targeting his motorcade.

He said that he always travelled to Sri Lanka with bodyguards from Norway and at the same time he was given security by both the government and the LTTE during his visits.

The former Norwegian Minister said that he was in Sri Lanka with a delegation in May 2000 to meet thenÂ  SL President Chandrika Kumaratunga and there was a tip of an attempt to assassinate him during that visit.

However while there was no attempt on his life while he was in the country, a grenade was thrown at the Norwegian Embassy the day he left Sri Lanka ending a three day visit.

Solhiem meanwhile warned that if Tamil rights are not addressed soon then a new war may break out in Sri Lanka.