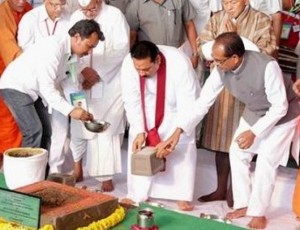 The parliament in Sri Lanka, in defiance of the judgement of the Court of Appeal which was based on the interpretation of law provided by the Supreme Court of Sri Lanka, yesterday (January 10), started a debate on the impeachment of the Chief Justice. A vote on the impeachment will be taken at the end of the today’s debate at 6:30 pm. The President of Sri Lanka is thereafter expected to make an address for the removal of the Chief Justice. As the Chief Justice has challenged this entire process as unconstitutional, steps will be taken to remove her by force. Following that the government will proceed to appoint a stooge Chief Justice. With this the rule of law system in Sri Lanka comes to an end. This is the culmination of the scheme of the 1978 Constitution which is a constitution, not of a democracy, but of a dictatorship. However, in 1978 given the tradition of the rule of law and democracy that prevailed in the country it was not possible for the then president to declare himself a dictator. In contrast to Sri Lanka, in neighbouring countries such as Pakistan there had been military takeovers where rejection of democracy and the establishment of the military dictatorship were quite visible. What happened in Sri Lanka was the use of the over two-thirds majority that the government had in parliament to create a constitution within which the parliament and the judiciary were both brought under the control of the executive president. The executive president was therefore placed above the law. Some constitutional experts, such as Dr. Mark Coray, argue that there are no perfect constitutions anywhere in the world and that the 1978 Constitution was also an imperfect constitution. However, the problem with the 1978 Constitution is that it is not an imperfect constitution of a democracy but that it was not the constitution of a democracy at all. If one were to argue that the order established by Adolf Hitler is imperfect like every constitutional order which can never be fully perfect such a comparison would be an absurdity. There is hardly any relevance in comparing the 1978 Constitution of Sri Lanka with the constitutional law of the United Kingdom, the United States or Australia. These are all countries where democracy has been established and the rule of law is accepted as the foundation of social organisation. The 1978 Constitution rejects democracy and so distorts the system that the rule of law cannot function at all. The forcible removal of the Chief Justice is the culmination of the process ushered in by the 1978 Constitution. It removes the façade and the pretense of democracy and establishes the total power of the executive. It virtually demolishes the legislature and the judiciary as separate branches of the government. This is the stark reality that Sri Lankans will have to deal with in the future. The legal professionals as well as judicial officers recognise this reality. Yesterday and today, when the parliament was discussing this impeachment the courts were on strike. The lawyers took to the streets and the largest demonstration ever held in Sri Lanka on the issue of the independence of the judiciary took place. It was attended by large numbers of criminals armed with wooden poles and other weapons that were strategically along the route of the demonstrators while the armed police looked up and did nothing to stop or prevent the violence. However, the lawyers and civil society organisations dared to face such threats and to conduct the demonstration showing their opposition to what was taking place in parliament. Without the rule of law structure the law cannot function. In many ways the system in Sri Lanka has remained dysfunctional for several decades, progressively becoming more dysfunctional every year. Now with the judiciary being brought openly under the executive and being run by a stooge chief justice the law will face the greatest crisis it has ever faced in Sri Lanka. Should Sri Lankans accept the removal of the incumbent Chief Justice and the appointment the stooge chief justice as a matter of obedience? To interpret the question of obedience in this manner is to look into the problem of obedience in the same way as Adolf Eichmann did during his trial after being arrested by the Israeli authorities. He claimed that obedience to Adolf Hitler amounted to obedience to the law. Hannah Arendt exposed this attitude as the ‘banality of evil’. Could anybody argue that the blatant expressions of the executive, which is opposed to the liberties of the individual, as law requiring the obedience of the citizens? Only those who either do not understand the magnitude of the suppression of the freedoms in the country or are supporting this suppression could argue in this manner. The path that lies ahead for Sri Lankans is to struggle towards a legal order based on the rule of law and democracy as against the arbitrary rule of the executive. Today, even the middle and affluent classes of Sri Lanka, which pathetically supported the 1978 Constitution in its early stages, have come to the realisation that they do so in the future at their own peril. From tomorrow Sri Lankans begin a completely new page in their history. They will no longer have a judiciary as a separate branch of the government. This means that there will be no branch of the government that has the duty to protect their liberties. They will become a plaything at the hands of the executive. Naturally the freedom loving people of Sri Lanka will not want to submit to this situation. Therefore the struggle for democracy and the rule of law will become the most basic premise that Sri Lankans will have to struggle for if they wish to return to a democratic society rooted on the rule of law. Basil Fernando Director Policy and Programme Development]]>