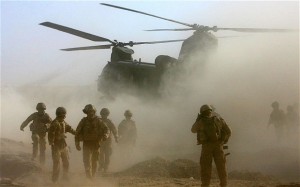 The 2003 government led by former President Chandrika Kumaratunga, has been accused of helping the United States in itâ€™s tortureÂ program.

A New York-based human rights organization said in a new report, that Sri Lanka was among 54 countries that have either hosted secret prisons or helped in the transport or torture of terrorist suspects as part of the US Central Intelligence Agency (CIA) rendition and black site torture programme.

The Open Society Justice Initiative said the Sri Lankan government in 2003Â permitted the use of its airspace and airports for flights associated with CIAÂ extraordinary rendition operations.

â€œCourt documents indicate that at least one flight operated by Richmor Aviation (a company that operated flights for the CIAâ€™s extraordinary rendition program) landed in Sri Lanka in 2003.Â The documents show that between August 12 and 15, 2003, a Richmor flight registered as N85VM took off from Washington, D.C.,Â and stopped in Bangkok before making another stop at Sri Lankaâ€™s BandaranaikeÂ international airport in Colombo, and then flying on to Kabul, Dubai, and Shannon airport in Ireland.Â That flight coincided in time with the capture of Riduan Isamuddin (Hambali) in Bangkok in 2003.Â Isamuddin spent the next three years inÂ secret CIA prisonsÂ before ultimately being transferred as a â€œhigh value detaineeâ€Â to GuantÃ¡namo Bay in September 2006, where he remains detained.Â There have been no known judicial cases or investigations in Sri Lanka relating toÂ its participation in CIA secret detention and extraordinary rendition operations,â€ theÂ Open Society Justice Initiative saidÂ in itâ€™s report.

The report said that following the terrorist attacks of September 11, 2001, the U.S. Central IntelligenceÂ Agency (CIA) commenced a secret detention program under which suspectedÂ terrorists were held in CIA prisons, also known as â€œblack sites,â€ outside the UnitedÂ States, where they were subjected to â€œenhanced interrogation techniquesâ€ thatÂ involved torture and other abuse.

At about the same time, the CIA gained expansiveÂ authority to engage in â€œextraordinary rendition,â€ of a detainee to the custody of a foreign government forÂ purposes of detention and interrogation.