Home à®•à¯‡à®³à¯à®µà®¿ à®ªà®¤à®¿à®²à¯à®•à®³à¯ Sri Lanka: Action Plan, But No Action – ICG
Facebook
Twitter
Google+
Pinterest
WhatsApp
The International Crisis Group/20 September 2012
1. Overview
In the six months since the Human Rights Councilâ€™s March 2012 resolution on â€œPromoting Reconciliation and Accountability in Sri Lankaâ€, the government of Sri Lanka has taken no meaningful steps to implement the resolutionâ€™s core requirements or otherwise address the countryâ€™s culture of impunity and deepening crisis of the rule of law. The publication of a â€œnational action planâ€ to implement the recommendations of the Lessons Learnt and Reconciliation Commission (LLRC) does nothing the change this: the government continues to resist launching any independent investigations into alleged war crimes or other serious human rights violations and has done nothing to establish independent institutions able to hold accountable state agencies, the military, or president Rajapaksa and his family. 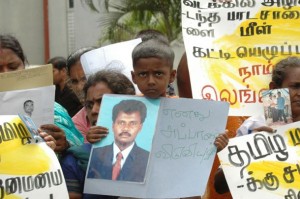