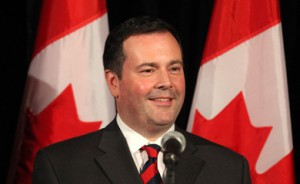 The Sri Lankan government on Wednesday dismissed a threat from Canada regarding the island’s human rights record.

Sri Lanka’s External Affairs Ministry said that the government was well aware of the importance of securing the rights of its own people and was acting accordingly.

“Sri Lanka’s human rights record is much better than other countries. The government knows its responsibility towards its own people and has been working on maintaining a good human rights record,” Foreign Secretary Karunathilaka Amunugama told Xinhua.

Canada on Sunday warned the Sri Lankan government, saying if it does not address issues raised on human rights and accountability there could be a revival of radicalization by the Tamil Diaspora.

The Canadian Minister of Citizenship, Immigration and Multiculturalism Jason Kenney, who visited Sri Lanka early last month, told a group of Tamil journalists in Ontario last week that he had conveyed this message to the Sri Lankan government during his visit.

Kenney said that during his discussions in Sri Lanka he found that the political situation was deteriorating rather than improving.

He said he had reported his views to Canadian Prime Minister Stephen Harper as well as to Foreign Minister John Baird and the Canadian prime minister will now make a decision on the level of Canada’s engagement at the Commonwealth Heads of Government Meeting (CHOGM) in Sri Lanka in November.

Meanwhile Amunugama told Xinhua that the Sri Lankan government was making “full-on” preparations for the CHOGM meeting and government officials were in discussions with the Commonwealth Secretariat officials.

However, he added that the government had not received any response from any country stating they will not be attending the meeting in Sri Lanka.