<![CDATA[ <p style="text-align: left;" align="center">This is a serious analysis of Gotabaya Rajapaksa, Defence Secretary, effectively the de facto President of Sri Lanka, brother of the elected President Mahinda Rajapaksa who is only the de jure President.

A country with two Presidents It is erroneously claimed that Mahinda Rajapaksa is the most powerful person in Sri Lanka. There is evidence that Gotabaya Rajapaksa is the most powerful (and certainly the most feared and ruthless) person inSri Lanka. A single (but crucial) example will suffice. With mounting international pressure to devolve some power to the Tamil areas (North and East), President Mahinda Rajapaksa initiated the All Party Representative Council (APRC) to look into a constitutional political settlement. The APRC limbered on from 2006-2009 and submitted a Report. This was never published.  It was buried, as have so many Reports of Commissions of Inquiry and the like, inSri Lanka. 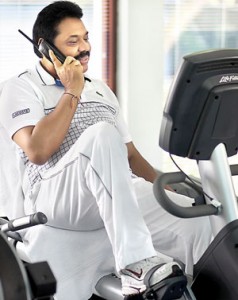 Sri Lanka: A possible psychiatric disorder at the top of the Government.

An analysis of Gotabaya Rajapaksa