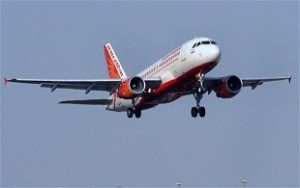 Two senior Sri Lankan defence officials yesterday sent back home from Tamil Nadu cutting short their visit to the Defence Services Staff College in Wellington in the wake of protests by political parties in Tamil Nadu against imparting training to them by India.

Air Vice Marshal Jegath Julanga Diaz of the Sri Lankan Air Force and Rear Admiral S Ranasinghe of the Lankan Navy left the hotel where they were staying in Coonoor near Wellington at around 5.45 am and reached here by road escorted by police, a senior police official said.

The two Sri Lankan officials left the city by a special aircraft, the official said. Police and Defence sources, however, refused to reveal their destination.

They had come to Wellington in neighbouring Nilgiris district after undergoing training at the National Defence Academy, New Delhi.

Their departure comes a day after Chief Minister Jayalalithaa and key UPA ally DMK President M Karunanidhi demanded that the two officers be sent back, saying imparting of training to Sri Lankan defence personnel by India hurt the sentiments of Tamils.

In a strongly-worded letter to Prime Minister Manmohan Singh, Jayalalithaa had said people of the state were “frustrated and outraged” with the Centre over its persistence to train the Sri Lankan personnel.

Citing the alleged war crimes committed by Sri Lankan armed forces on Tamils, Jayalalithaa, DMK and other parties insist that the island nation defence personnel should not be trained anywhere in India.

The two officials, part of a 25-member delegation comprising representatives of 10 countries, were at the Wellington college to attend a two-day seminar, which is to conclude yesterday.

This is the second incident in recent days when Sri Lankan defence personnel were forced to leave Tamil Nadu in the wake of protests by the political parties.