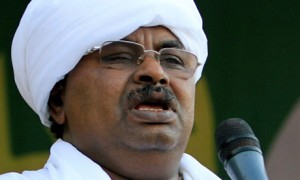 Sudan arrested its former spy chief and other senior military and security officers on Thursday after foiling what officials said was a plot to incite chaos and target leaders in the oil-producing African state. Witnesses told Reuters they saw army tanks and armoured vehicles moving down a main street in the centre of Khartoum around midnight, but life in the city was normal during the day with shops in the centre bustling with customers. Sudan’s president, Omar Hassan al-Bashir, has kept up a 23-year hold on power, even as a series of uprisings troubled the country’s poor border areas, including the conflict-torn region of Darfur. But Sudan has been stuck in economic crisis since the south – the source of most of its known oil-reserves – declared independence last year under the terms of a peace deal. High prices for food have added to widespread public anger over losing the south and have emboldened opposition activists to call for protests. Salah Gosh, former head of Sudan’s powerful intelligence and security agency, was arrested with 12 others on suspicion of inciting chaos, targeting some leaders and spreading rumours about Bashir’s health, the information minister told reporters. Bashir, 68, has undergone throat surgery twice since the summer. Officials insist he is in good health. Some Islamists inside the army and the ruling National Congress party have said that Bashir and other senior leaders have abandoned the religious values of the 1989 coup and have concentrated decision-making in the hands of a few people. Some also feel Bashir has been too soft on South Sudan, which temporarily wrong-footed the Sudanese army by seizing a major oilfield during border fighting in April â€“ a shock to many officers. (The Guardian)]]>