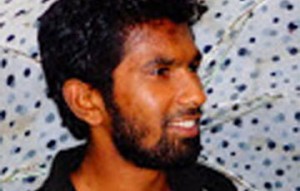 He was reportedly assaulted while he was returning home after work. The journalist has been admitted to Jaffna Teaching Hospital.

At a press conferenceÂ , Starlin has repeatedly queried theÂ  releasing of the suspects who were arrested for disrupting a political rally of the joint opposition recently.Â