<![CDATA[Japan has set itself on a collision course with China by announcing plans to purchase a group of disputed islands from their private owners in the South China Sea. But top Chinese officials vow the country will â€œnever yield an inchâ€ of land. <!--RTEditor:genereated-->Chief Cabinet Secretary Osamu Fujimura said Japan will buy three ofÂ  the uninhabited islands from a Japanese family it recognizes as theÂ  rightful owner, though China does not recognize their deed to the isles. 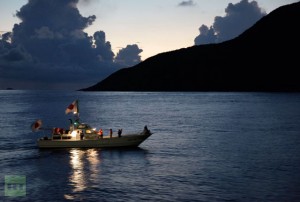 “This is just the ownership of land, which is part of Japan’s territory, moving from one (private) owner to the state, and should not cause any problem with other countries,” Reuters cites Fujimura as saying. Saying the move to nationalize the islands is not meant to provoke China, but rather reflects Japan’s desire to create a “stable and secure” environment, Fulimura said â€œwe hope there will be no misunderstandings,” he said. “We do not want the the Senkaku issue to interfere with Sino-Japanese relations,” continued. TheÂ  decision to purchase the islands followed a meeting of CabinetÂ  ministers attended by Prime Minister Yoshihiko Noda. The Japanese PM isÂ  expected to approve the decision on Tuesday. Although no figure wasÂ  officially released, the Japanese media speculated last week that theÂ  government might be willing to shell out $26.26 million for the islands. Fujimuraâ€™s hopes for a peaceful transfer were ill-gotten, however, as Chinese Premier Wen Jiabao said China would “never yield an inch” of territory, state-run Xinhua news agency cited him as saying. China’s Foreign Ministry also shot back, saying Beijing would not “sit back and watch its territorial sovereignty violated.” Saying the move had â€œseriously hurt the feelings of 1.3 billion Chinese,â€ the ministry warned â€œif Japan insists on going its own way, it will bear all the serious consequences that follow.” KnownÂ  as the Senkaku in Japan and Diaoyu in China, the uninhabited butÂ  resource-rich islands are coveted by the worldâ€™s second and thirdÂ  largest economies as well as Taiwan. The islands strategic importanceÂ  rests in their proximity to strategic fishing lanes, offering access toÂ  rich fishing grounds, and potentially large maritime gas fields and oilÂ  deposits. Saying the islands wereâ€œuninhabited â€with no sign of ever being â€œunder the control of China,â€ in 1895 the government of Japan officially incorporated the islands into Japanese territory. Japan gave up control of the islands (as well as Taiwan and several other territories) following the Second World War, at which time they were put under US administrative control. In 1971 the US returned the islands to Japan in 1971, though by that time possession of the isles was an entirely different matter. Following a 1968 study which revealed that oil reserves are located under the sea in close proximity to the small archipelago, China and Taiwanâ€™s own territorial claims were reawakened. China dates its authority over the islands back to the 14th century, while Taiwan, which is some 76 miles from the island cluster, also claims the isles as their own. In 2010, a serious diplomatic row was sparked when a Chinese fishing boat collided with two Japanese coast guard vessels near the islands. The fishing boat captain was arrested and later released following a series of small anti-Japanese protests throughout China. In April, the nationalist governor of Tokyo announced his hope that his city would acquire the islands. Earlier this month, Tokyo sent a team of experts to waters around the islands to survey fishing grounds and possible sites for development, inviting further ire by China. On the sidelines of the Asia-Pacific Economic Cooperation (APEC) summit recently held in Russiaâ€™s Far East, Chinese President Hu Jintao had reportedly told Prime Minister Noda that buying the islands was “illegal and invalid”. (RT News)]]>