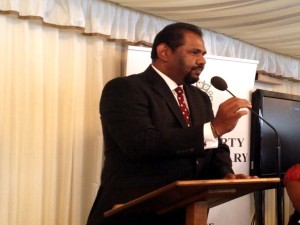 He said that a group of TNPF members who were arrested in Mannar on Saturday and questioned on their identity as well as posters used at a war remembrance event, have now been quizzed on funding.

Ponnambalam said that the TNPF members are out on bail but have been asked to report to the police almost on a daily basis.

On Saturday the police had visited the TNPF office in Jaffna but no one was arrested there.

Events to remembers the civilians killed during the war was held in in many parts of the north today including Mannar, Jaffna and Vavuniya.

The Tamil National Alliance took part in a remembrance event in Vavuniya.