Although the Sri Lankan government and International community have failed to provide sufficient assistance to the Tamil people who left in the jungle in Vanni District, the Tamil National Peopleâ€™s Front (TNPF) has provided humanitarian assistance to them. 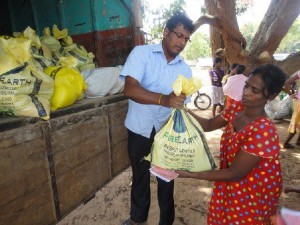 The Canadian Tamils have provided the fund to TNPF that is working now in many parts of North and East to try to reach the aid those most in need.

Tamil displaced people who left a vast displacement camp last week say they were “left in the jungle” with no means to rebuild their homes and lives.

The final 1,160 residents of the Menik Farm camp left on Last week.

But 110 families from one village, Keppapilavu, say they have been prevented from going home and were relocated to a patch of cleared jungle.

Around three hundreds of thousands of Tamil people were displaced in the final months of the 26-year civil war between Sri Lanka’s army and LTTE. 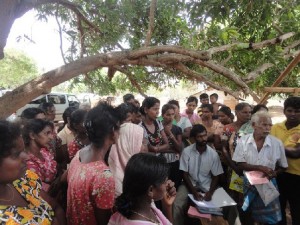 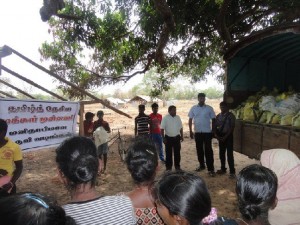